The path down the long, complicated road of net neutrality inched a little further towards its final (though yet undetermined) destination last week when FCC Chairman Tom Wheeler outlined the commission’s new proposal to help solve this complex issue, the many aspects of which I recently delved into.

This latest development is aimed primarily at regulating the way that internet service providers (ISPs) like Verizon and AT&T deal with companies who are providing the internet content that we all consume, yet also leaves much to be desired in how mobile networks are treated compared to their hardline counterparts.

You may remember that back in January, the DC Circuit Court struck down the FCC’s initial proposal to regulate the way that ISPs handle web traffic, which was focused on preserving net neutrality; that is, it attempted to prohibit ISPs from giving preferential service to certain companies. However, the Circuit Court ruled that the FCC did not have the authority to force ISPs to treat all web traffic equally, so this new proposal is a way to accomplish the same goal within the confines that the court mandated.

Among the highlights of the new proposal include an allowance for ISPs to sign paid prioritization deals with certain content providers, but stipulations that those deals may not violate “commercial reasonableness.” This means it can’t hurt consumers, influence competition between companies, hamper free expression, or harm civic engagement.

Of course, there is still a vast gray area involved, as the FCC will maintain an acting body that will monitor any such deals to ensure that they don’t violate this “commercial reasonableness” issue. Here is where significant problems can still arise, as you can bet that the boundaries of what ISPs can get away with will be tested over and over again in order to push them to their absolute limit. 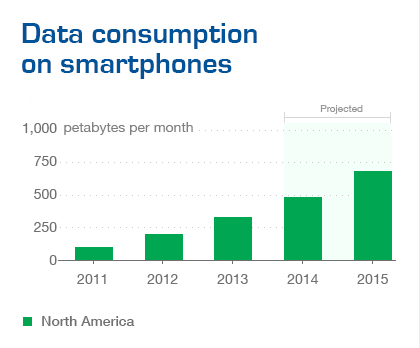 However, that’s not even the biggest gray area involved in this ruling, because for some reason, the FCC continued to limit its influence over net neutrality to wireline or fixed broadband, while completely ignoring wireless. The body’s standards for neutrality are considerably weaker for mobile broadband, to the point that there really is no net neutrality to speak of in that realm.

This is problematic because of the rapid expansion and improvements of mobile networks. Not only are mobile networks like 4G LTE becoming more and more pervasive, but they’re also becoming faster all the time, and for some consumers are even faster than their wireline connections.

Yet at-home ISPs still have the capability to block access to certain websites and give priority performance to others. This doesn’t necessarily come with malevolent intentions, as they currently do so on the basis of protecting users from piracy sites.

And the fact remains that there is still plenty of opportunity for abuse of this power with mobile ISPs due to the absence of restrictions in the FCC’s net neutrality proposal. While this may not be a huge issue right now, with the level of mobile traffic only expected to increase in the coming months and years, the ramifications of failing to address it are only going to get bigger.

The good news is that this ruling is not set in stone. The next phase of the process for the FCC is to gather input from the public (along with the standard fare from industry experts, politicians, and lobbyists) in order to shape the final proposals, which will likely be released later this year. While it may be idealistic to think that they will give preference to public consumers over the big money movers within the industry, a strong show of support for more mobile broadband regulation could go a long way towards solving this issue before it really becomes a problem.

The Need for ‘Real ISP’ Visibility in your DEM Strategy