DNS is a fundamental building block of the Internet. Its responsibility is to locate and translate domain names to its corresponding Internet Protocol Addresses (IPv4 and IPv6). Changes and adaptations in the industry have occurred over time; more top-level domains, registries, and registrars have come into existence, mankind witnessed the “Dot-Com” bubble, and the Internet was adopted by more and more people. Despite all these events, the fundamental theory that governed the translation of a domain to an IP address remained valid and largely unchanged.

The Domain Name System was not primarily designed with security in mind. It was designed to be a scalable, public database which did not restrict access to its data. This exposed a lot of vulnerabilities in the system and led to multiple exploits.

Most of the vulnerabilities and exploits are a result of the way DNS as a protocol has been implemented.

Now, what happens if an attacker gains access to one of the servers in the DNS system and changes the information on that server?

The poisoned entry is propagated across servers and may end up getting cached on the end user’s device.

The issue is not hypothetical. In the recent past, there have been multiple real instances. One such incident happened in 2010 when an ISP outside China configured its DNS Servers to fetch information from DNS Servers located in China. “The Great Firewall”  of China is known for using Cache poisoning (poisoning its own cache) to redirect users of some websites to incorrect IP addresses. In this case, the ISP cached the response it received from a server in China which was later cached by other servers.

DNS Hijacking and Cache poisoning/spoofing are two of the most commonly used forms of DNS attacks. There are attacks such as DDoS (Direct Denial of Service) and Amplification attacks which also exist.

Now we all know that DNS was not built with security in mind. We also know that it does not verify any credentials before accepting an answer. So, how do we make DNS more secure and robust with all these vulnerabilities and exploits around?

One of the most important steps that was taken to make DNS secure was the introduction of DNSSEC. In the sections below, we will read more about it and how it works.

DNSSEC uses public key cryptography to digitally sign the DNS records at the authoritative DNS server. Digital signing ensures that the DNS response originated from the stated source and allows us to validate the origin of the DNS record. It guarantees that we, the users of the system, get the correct IP address associated with a Domain name. It adds cryptographic signatures to the existing DNS resource records at the Authoritative DNS Servers.

DNSSEC as a protocol is not encrypted. The keys are used to sign the records and build a chain of trust. However, the packets are not encrypted as DNSSEC does not provide encryption.

The following Resource Records were introduced to aid signature validation under DNSSEC:

DNSSEC uses public key cryptography to sign and authenticate DNS resource record sets (RRsets). The public keys are stored in DNSKEY resource records and are used in the DNSSEC authentication process. A zone signs its authoritative RRsets by using a private key and stores the corresponding public key in a DNSKEY Resource Record. A resolver can then use the public key to validate signatures covering the RRsets in the zone, and thus to authenticate them. 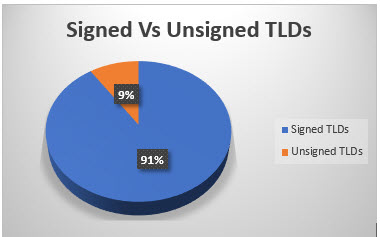 DNS Zones can be secured with DNSSEC using a process called “Zone Signing.” For this, DNSSEC should be supported by the Authoritative Nameserver as well as the local resolver which in most of the cases belongs to the ISP. 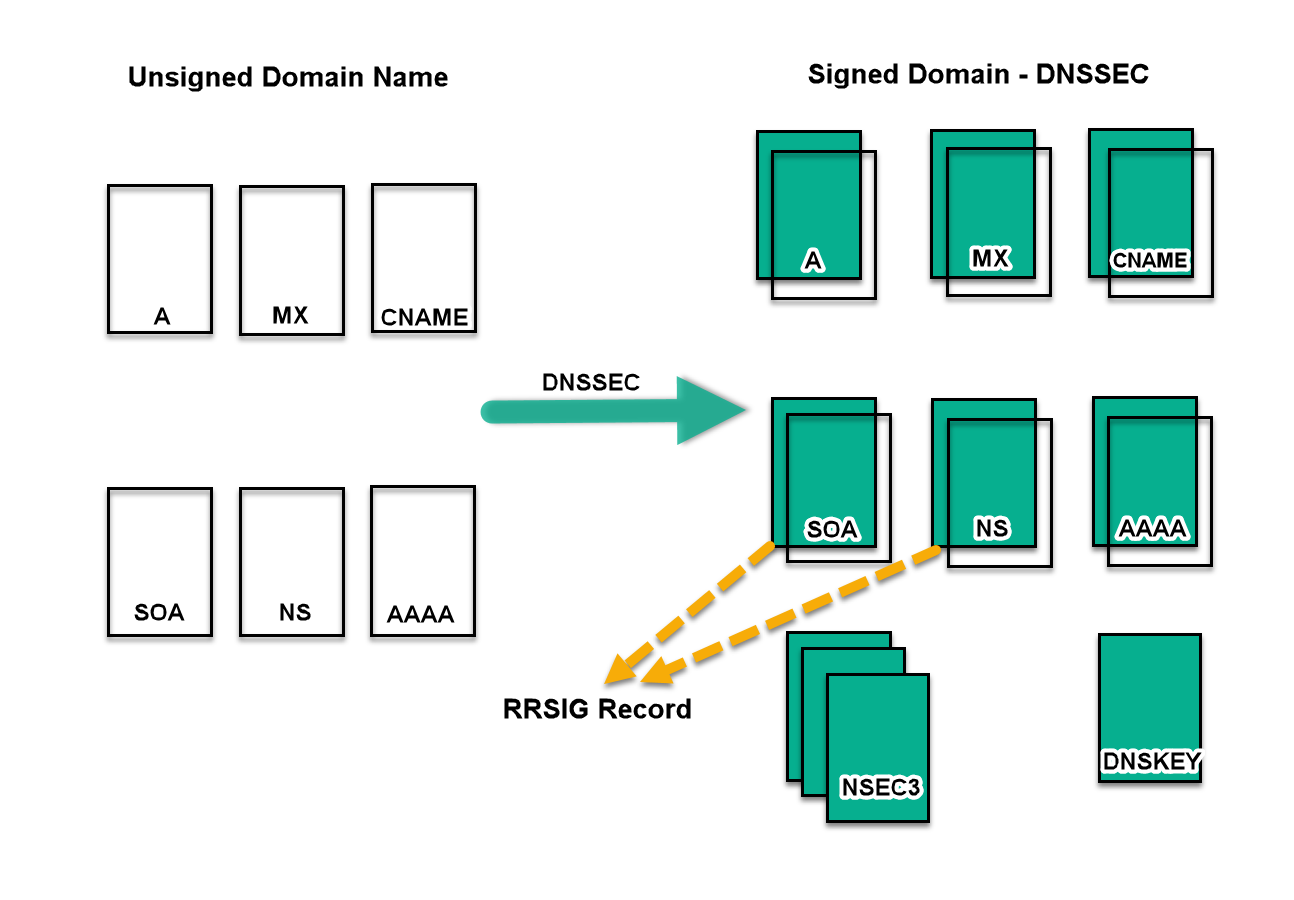 Let’s have a look at some DIG queries to understand how DNSSEC works.

The response we get is:

As you can see, in this case, we received not just the NS record for the domain: example.com but also the RRSIG (Resource Record Signature). For any DNSSEC signed zone, each record set (RRset) has one or more RRSIG record. RRSIG records basically contain a signature which is generated after signing the result with the private key. 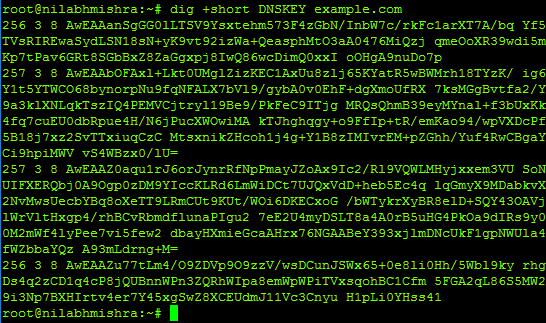 In the screenshot above, we dig for the domain’s (example.com) DNSKEY.

DNSSEC is not a new concept, it was developed in 1994 but whether the cost and resources involved in its implementation are justified is still hotly debated. The Kaminsky bug in 2008 highlighted the importance of security with respect to DNS and created a buzz around “DNSSEC.” More than a couple of decades after its development, we are still arguing about its pros and cons.

In the next part of the blog, we will be looking at the possible applications of DNSSEC: DANE, TLSA Record and will be focusing on how to monitor DNSSEC efficiently using Catchpoint.

How a Financial Services Leader Gained Visibility with DEM