Marketing hype and industry buzz about “the edge” can make it difficult to separate fact from fiction. We’re either on the edge of glory with the internet of tomorrow, or our ability to access the internet is dangling by a thread as legacy infrastructure and network topologies crumble under the growing demands of end users.

To make sense of what obstacles and opportunities edge computing offers, the State of the Edge was conceived. The annual report provides the industry’s only vendor-neutral assessment of the edge computing landscape, and in its third edition, focuses in on what impact edge computing is expected to have in the next ten years. As report co-chairs Matt Trifiro and Jacob Smith write in their introduction, “[t]he 2020 edition of State of the Edge seeks to interpret the profound re-architecting of the Internet being driven by edge computing and adds over a year of updates from the edge community.” They continue:

We document the Third Act of the Internet as it unfolds in real time, leveraging billions of dollars of edge data centers, servers, storage arrays, fiber optics, and wireless technologies to radically transform the world’s middle- and last-mile infrastructures. This will accelerate new technologies like wireless 5G and autonomous vehicles but will also impact nearly every sector of the economy, from industrial manufacturing to healthcare.

Catchpoint has long emphasized the importance of middle and last-mile infrastructures, and as a member of the State of the Edge project and sponsor of this year’s study, we’re excited to see the growing interest and investment around this vital component of the digital delivery chain.

But what impact will edge computing have on current digital experience monitoring strategies? Below we discuss several findings from the report considering their impact on monitoring practices as we edge closer and closer to the end user.

What is edge computing and why is it important?

In the inaugural State of the Edge, the editors put forth the following four principles in an effort to build consensus and common language with which to discuss just what the edge really is:

Unlike centralized clouds that concentrate resources and services in locations that are not always near the end user or device, edge computing emphasizes proximity by reducing the distance between service and user, and in the process, mitigates latency and bandwidth constraints imposed by current internet infrastructure. Edge computing is further defined in the passage below with an emphasis on both application performance and network infrastructure:

By positioning compute, network, and storage resources as close as possible to users—or so the story goes—latency can be reduced and can thereby make applications practical that would otherwise be impossible. But physical proximity is only part of the challenge. Much of the challenge also resides in the topology and capabilities of the networks employed. It does no good to have a server next to the data if the data must take a circuitous route to get there, which is the case in many of today’s networks.

The edge, like digital experience monitoring, understands that the entire digital delivery chain must be considered to provide end users faster, more reliable services. In fact, the edge will greatly impact last-mile network infrastructures, which has long been overlooked because of prohibitive maintenance costs and existing pressure that network operators feel in advance of 5G networks.

Second only to edge computing, the hype/hysteria surrounding 5G connectivity ranges anywhere between celebrations of an impending fourth industrial revolution, to cautionary tales of a future AI dystopia. However, as a recent MIT Sloan article noted, while early adopters stand to gain from 5G readiness, for many the business value remains to be seen.

This readiness for 5G has also placed communication network operators in a prime position to capitalize on edge computing sooner than peers in related industries. 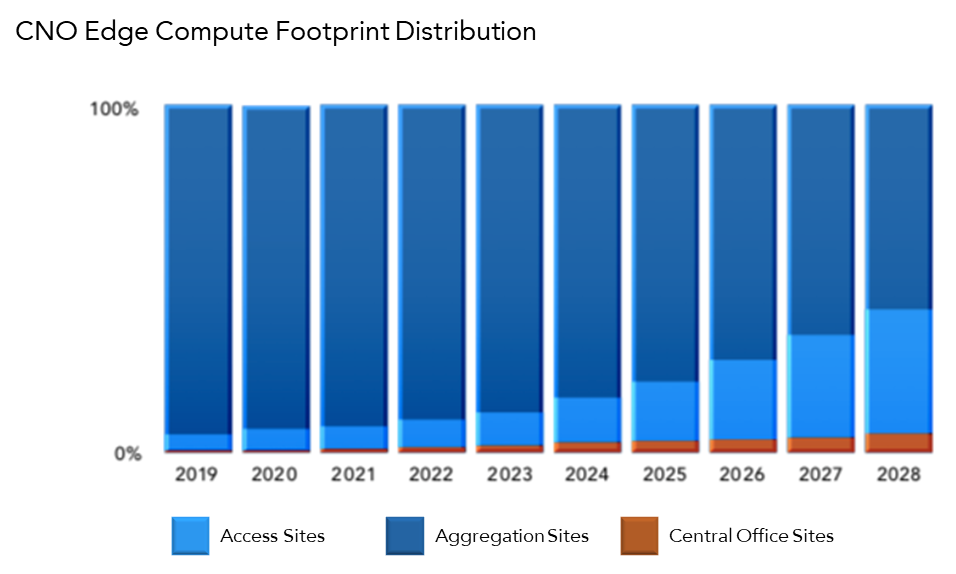 The ability to leverage 5G’s low latency connectivity, high bandwidth, and reliability will enable communication providers to dominate the edge landscape as other industries only begin to update network infrastructure. We will likely see this play out very clearly with regard to VoIP services, as those providers who are best prepared to capitalize on 5G could quickly gain market share as they differentiate themselves from the competition. One of the biggest factors in VoIP monitoring and 5G readiness will be the level of visibility that the providers have into their edge infrastructure so that they can optimize for the end users based on where they’re located and what local networks they’re utilizing.

What’s driving the rise in CAPEX spending on edge IT infrastructure?

New to State of the Edge 2020 is the inclusion of a comprehensive forecast model for industries already or likely to adopt edge technologies over the next decade. Two areas of investment that the model highlights are in the device edge and infrastructure edge. 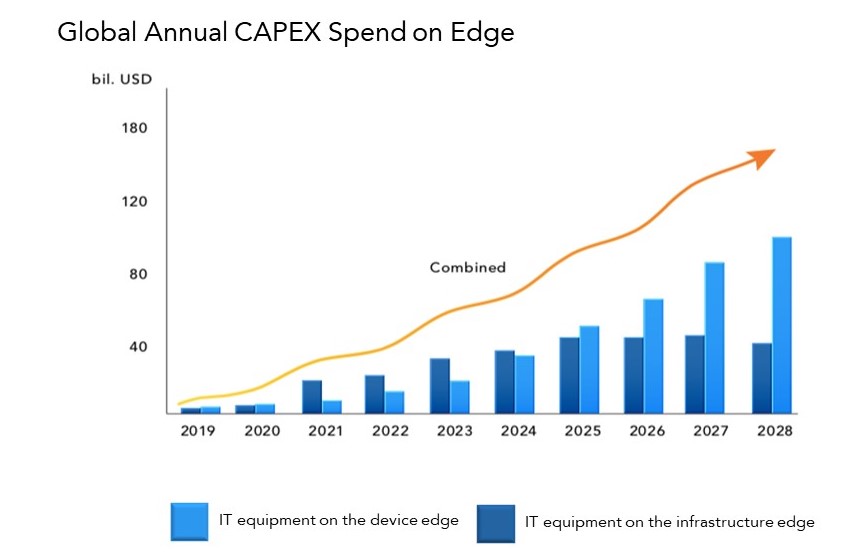 The IT market has been experiencing a similar shift according to Gartner. More specifically, IT monitoring is shifting from a domain-centric to a device-centric approach relocating the focus to last-mile locations where users access digital service. This has allowed digital experience monitoring to emerge as a distinct market from more traditional APM tools.

Conclusion: On the edge of glory

Services relying on cloud, edge, or some combination of the two computing technologies still require a monitoring solution capable of capturing and collecting data on user experience from where users access your services. The edge isn’t new. The last mile’s importance isn’t new. But the growing awareness on the importance to maintain, manage, and hopefully monitor where your users access your services is new.

There’s much more to State of the Edge 2020 so make sure to get your complimentary copy of the report today.