Think back 10 years ago. Where were you? What technologies did you consider cutting edge and indispensable? Fast forward to today. What technology exists today that didn’t 10 years ago that you can’t imagine living without?

Here’s a look at 10 technologies that have changed our personal and professional lives in the last 10 years.

In 2008 smartphones were in their infancy. The second-generation iPhone hit the market in 2008. Today smartphones are everywhere and have even replaced landlines for some. My 10-year-old keeps asking when he can get his own phone. The emergence of the smartphone has led to a world where there is an app for everything.

Want to transfer money to a friend, need a key to your hotel room, looking to relax and meditate? There’s an app for that.

LTE, or Long-Term Evolution, is a standard for high-speed wireless communication for mobile devices. With the growth of smartphones and apps, as well as users’ increasing desire to have instant information, we needed a faster way to deliver data to mobile devices. In 2009 carriers began deploying LTE networks and users experienced a faster mobile internet. Now when we are throttled down to 2G or 3G, we complain of the slowness of the sites. In only a few short years we have forgotten how slow things used to be.

At work, our applications and servers have moved out of our datacenters and into the cloud with the emergence of SaaS, PaaS, and IaaS. Cloud spend continues to increase while companies shift new and existing workloads to the cloud. According to the 2017 BetterCloud State of SaaS Powered Workplace 73% of companies interviewed say that nearly all their apps will be SaaS by 2020.

For entertainment, we no longer have to head to the local Blockbuster to rent a movie. Instead, we can stream the latest releases in our living room with Netflix and Amazon Prime. Services like Spotify stream music curated to suit our listening preferences. 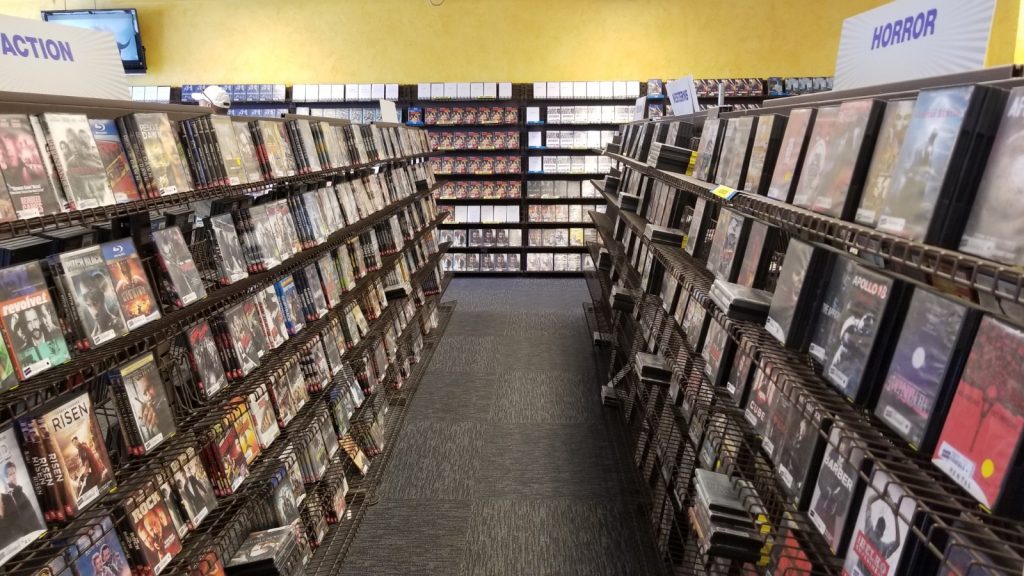 The last standing Blockbuster in Bend, OR. – Photo courtesy of Dave Potter

Our typical family vacations now consist of renting a house or condo from Airbnb rather than staying in a hotel. I no longer have to worry about finding a taxi in a strange city because Lyft will send a driver to me with a tap of an app. Being able to connect directly with providers in a peer to peer transaction can simplify things and benefit both parties.

6. IPv4 exhaustion and emergence of IPv6

IPv4 provided 4.3 billion IP addresses. While this may seem like a lot, the growth of the internet, mobile devices, and the internet of things was quickly consuming IP addresses, and consumers needed an alternative. Enter IPv6. The plans for IPv6 start in the late 90s, but implementations did not become mainstream until World IPv6 Day, organized by the Internet Society in 2011 and 2012. In 2011 there was a global 24-hour test of IPv6 followed by a global permanent deployment of IPv6 in 2012. Since the launch in June 2012 IPv6 traffic has grown more than 5000%

While IPv6 adoption is growing, there are still many networks and devices that are not advertising IPv6 addresses.

While the internet continued to grow, the protocol that drove the majority of websites did not, until recently. HTTP/1.1 was standardized in 1997. As the web grew and connection speeds increased, so did customer’s expectations for faster load times. Therefore, inefficiencies in the protocol became more visible. The HTTP/2 specification was drafted to address the inefficiencies and improve performance for the web of today.

9. The Internet of Things

The number of internet-enabled devices is growing. For example, you can now control the temperature in your house, turn on the lights, or see who is at the front door. Internet-enabled thermostats, lights, and doorbells are becoming more common and may soon be the norm.

Catchpoint was founded 10 years ago. In that time, technology and how we interact with it, has changed. Catchpoint continues to expand our offering to keep pace with the changing technology.

·      We expanded to over 700 nodes across backbone, broadband, last mile, wireless, and cloud.

·      We have over 20 monitor types and have introduced the ability to script your own monitor.

·      We developed an algorithmic framework to help customers uncover issues faster in features like Smartboard and Outage Analyzer.

Now, let’s see how things change in the next 10 years.

Incident Review – The Third AWS Outage in December: When it Rains, it Pours