As our CEO Mehdi Daoudi wrote about last week, we hosted our first Digital Performance Summit in Bangalore on April 6. The event was focused on discussing some of the challenges the industry faces in the area of digital performance and its implication on business. More than 16 companies from across India participated in this event.

We sponsored the event with intention of community building, knowledge sharing, and technology challenges discussions, and it’s safe to say that it was the first of its kind in India.

Speakers from various companies such as Rediff, Flipkart, InMobi, 247 Inc., Tata Communications and Akamai presented at the event.

Mehdi kick-started the event with his talk about the importance of performance and the various factors that impacted it.

Below are additional speakers and summaries of their presentations:

Sumit Rajwade– The VP of Technology at Rediff enlightened the audience with some important issues such as the role of Content Accelerators, ISPs focused on outside – in performance, and the need for QoS for Network Operators, which is often not considered by companies in their overall strategy.

Jemshad  O K – The DNS Manager at InMobi spoke about the most important, but often ignored, challenges of DNS and its implication on digital performance. It was very interesting to learn how InMobi was solving some of their DNS challenges by adopting DNS prefetching, Load Balancing, PowerDNS, etc. Here is a very cool example he shared: 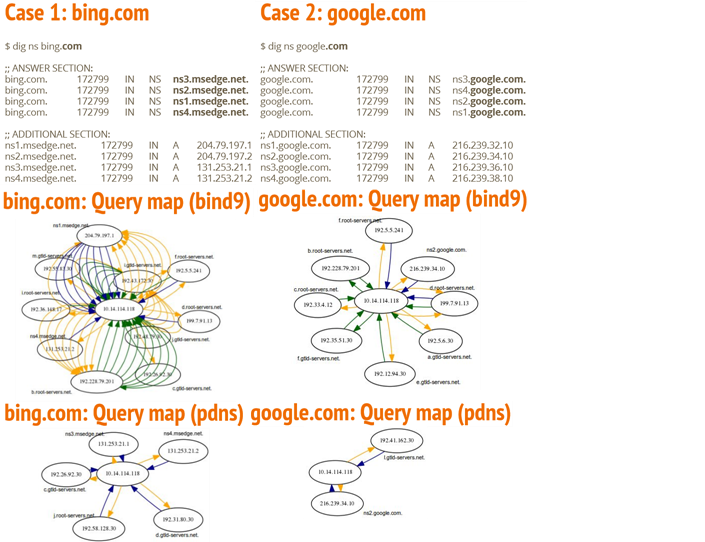 Vishak Raman – The VP of Global Product Management at Tata Communications spoke about the importance of integrating DDoS protection with a CDN, and how it is important not only to protect the CDN edge, but also the origin. It was interesting to see how sophisticated attacks that started as a network attack and grew into application level attack.

Varun Jaitly, Shashank Bhardwaj, and Amal Thayyil with Akamai chose the hottest topic, “Mobile Performance & User Experience .” More and more users are accessing websites using their mobile device, so not having a mobile strategy is going to impact businesses significantly.

Another hot topic is the API and its performance. The audience loved the tips and tricks shared to optimize API performance such as minimizing payload, caching, protocol optimizations, etc.

Sundar Sankaran and Susheel Zaveri with [24]7 Inc. spoke about the importance of monitoring beyond uptime. Here is a very cool and important note from their presentation:

Manoj Sebastian – The Sr. Engineering Manager at Flipkart spoke about the importance of collecting as much data as you can from multiple points of view such as external monitoring, business metrics, analytics, application logs, system logs, etc. and the importance of correlating all data to arrive at conclusions.

The event was a great success; some of the participants were keen to co-sponsor the event in the future as it was a great platform for sharing ideas and best-practices.

This summit just made it evident that performance is no longer just an option; it’s now the most important business differentiator.

Enhanced Data Analysis and Insights with Catchpoint and Splunk