Two years ago, we published an ebook on the True Impact of Third-party Tags. A lot can change in two years, especially when it comes to technology, so we felt it was time to revisit the sites we tested. In 2015, we analyzed sites across four verticals – US banking, ecommerce, news, and travel – to see what impact third-party tags have on page weight, response times, and the number of requests. We conducted the same analysis on these sites based on data from November 2016, during which over 600,000 test runs were analyzed.

If I said I had no assumptions going into the analysis, I would be lying. There are always assumptions or hypotheses involved in an analysis such as this. Here were a few of mine:

Now, let’s see whether I was right or wrong by exploring the results below.

Given that the top 100 sites have seen their average page size increase by about 30% between March 2015 and November 2016, I expected to see similar increases across the sites we analyzed; however, the results surprised me. 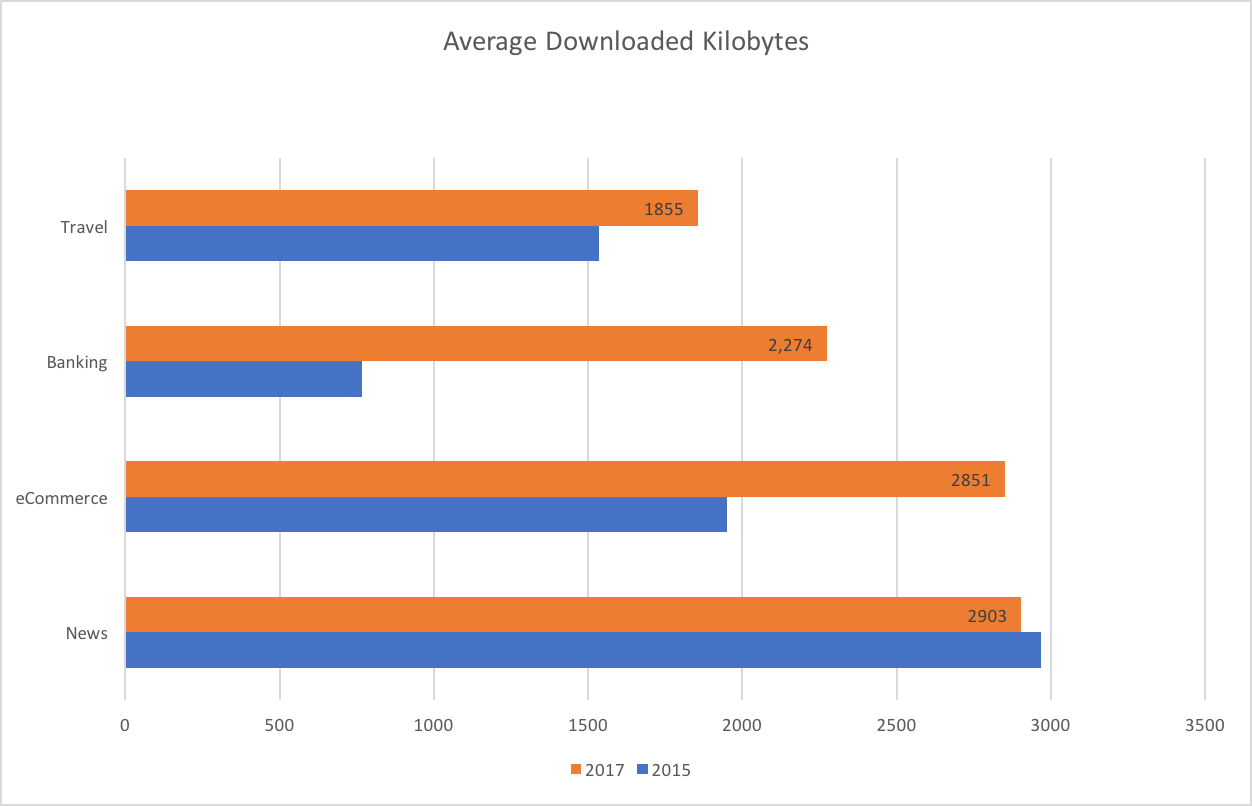 Banking sites saw a massive increase nearly trebling in size; something didn’t make sense here. Looking at individual tests, I noticed that one banking site had an average page weight of over 10 MB during the time period, which would definitely bring the average up. After recalculating the averages without that outlier, the results were more in line with what I was expecting. 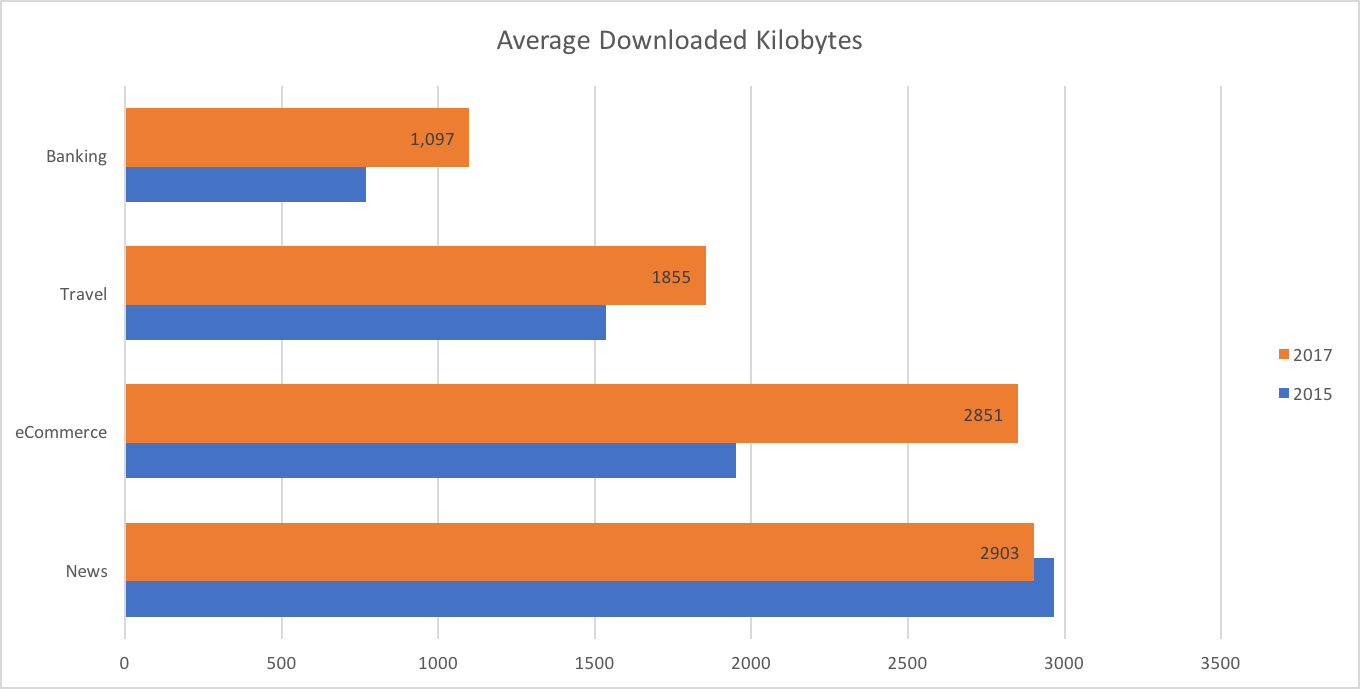 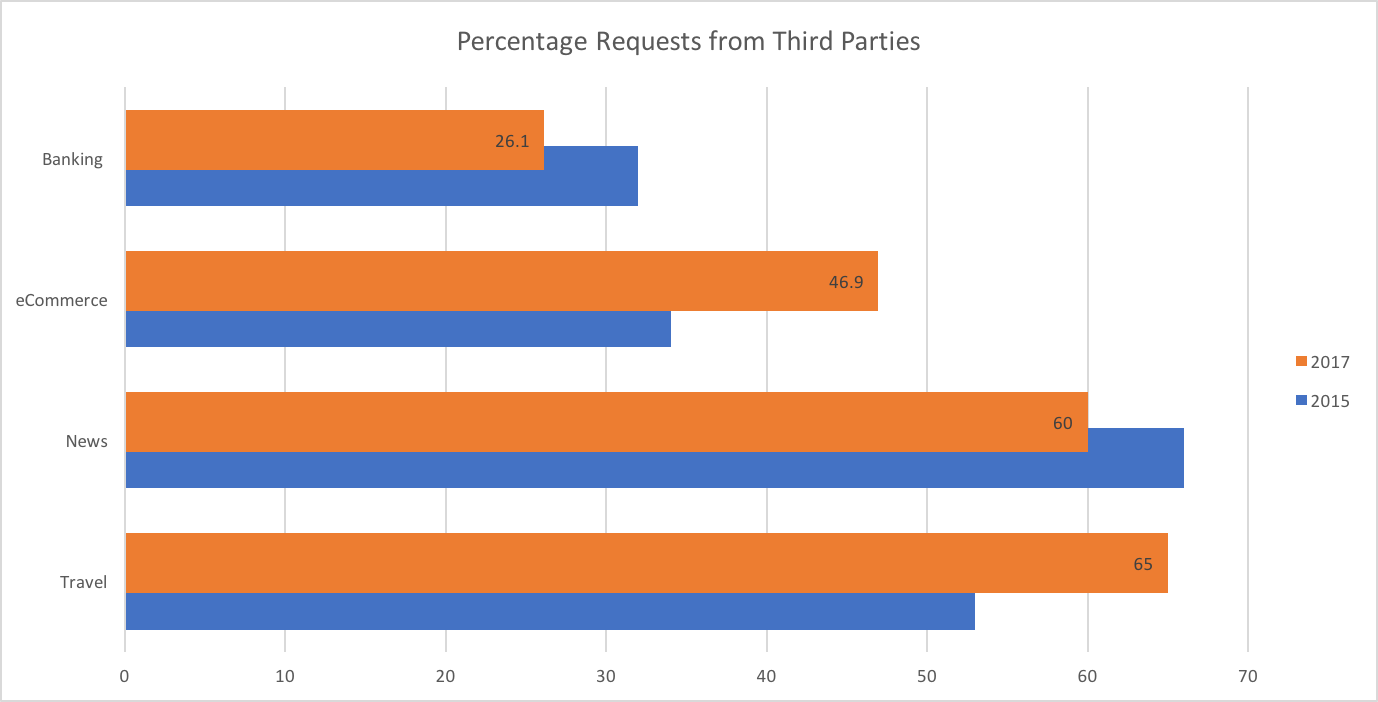 The biggest surprise didn’t come from the increases or decreases in percentages, but rather seeing that one site did not include any third-party content. Apple does not load any content on their home page from third parties. This was definitely unexpected when other sites have greater than 50% of their requests being delivered from third parties.

Maybe because I spend so much time reading, thinking, and writing about web performance, I assume that pages should be getting faster. By now, everybody knows the negative consequences of slow performing pages and that users are expecting pages to load faster than ever, right? That’s why I wasn’t expecting the results we saw. Across the board, response times increased and, in some cases, the average webpage load time doubled. 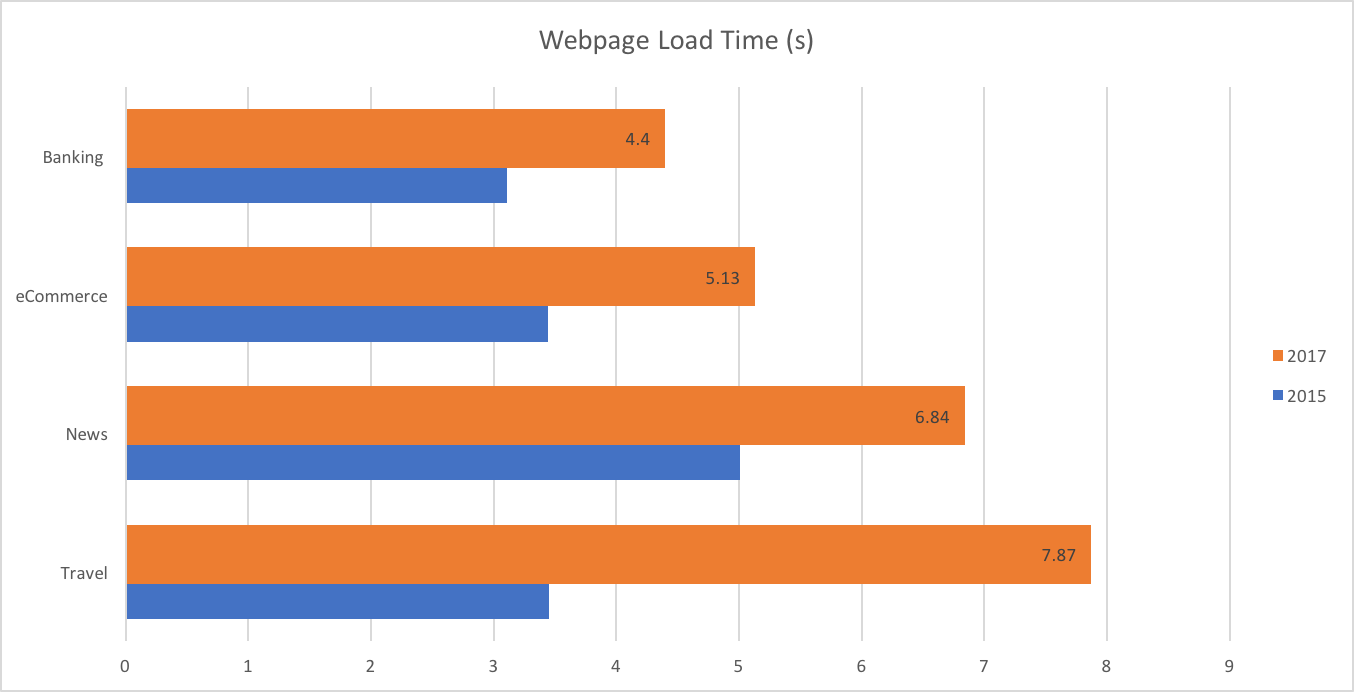 After seeing the results, I wondered if using the month of November was not a good comparison due to the start of the holiday shopping season. Maybe sites were slightly slower then due to increased traffic. I went back and looked at the response times for ecommerce sites in October to compare; the average for October was 160 ms faster than November.

The two categories with the highest percentage of third-party content also have the slowest average page load times. Every DNS lookup, TCP connection, and request adds more time to the webpage load time. With studies regularly showing the negative impact slow page loads have on key business metrics, seeing response times jump so much in a short period of time was a shock.

Third-party tags, while providing value and necessary functionality, can lead to unexpected results.   To learn how  you can minimize the impact of third party content, download the second edition of our ebook, “The True Impact of Third Party Tags.”