Smartphones contribute to the major share as a preferred device to access content over the internet. Nowadays, applications are developed using responsive design that renders seamlessly on any device irrespective of the screen width and resolution.

With the increase in mobile users, there is a boost in demand for native applications. Native applications are mobile device-specific, several such native apps are used for tasks such as sending messages, sharing media, ordering food, booking a cab, or preparing a to-do list. These apps have become integral to mobile end user experience and so has maintaining application performance. It is necessary to monitor these apps proactively for performance issues.

One of the major differences between web and native application is that they depend a lot on underlying frameworks provided by the operating system. It can be one of the many available operating systems like IOS, Android and so on, rather than the traditional client-server architecture. Even with these differences, native applications still depend on remote servers to download content and should be considered when analysing application performance.

Below are a few other factors that contribute to performance:

With our new Custom Monitor, we enable monitoring of native applications for Android devices.

To run these test cases on an Android device and record performance metrics, it relies on a few open source frameworks and libraries as discussed below:

Flow for this Custom Monitor is divided into multiple sections based on its functionality. It begins with the Catchpoint infrastructure, then the Custom Monitor script used to run the test case, followed by an actual Android device used for running test cases and a proxy to capture network traffic. 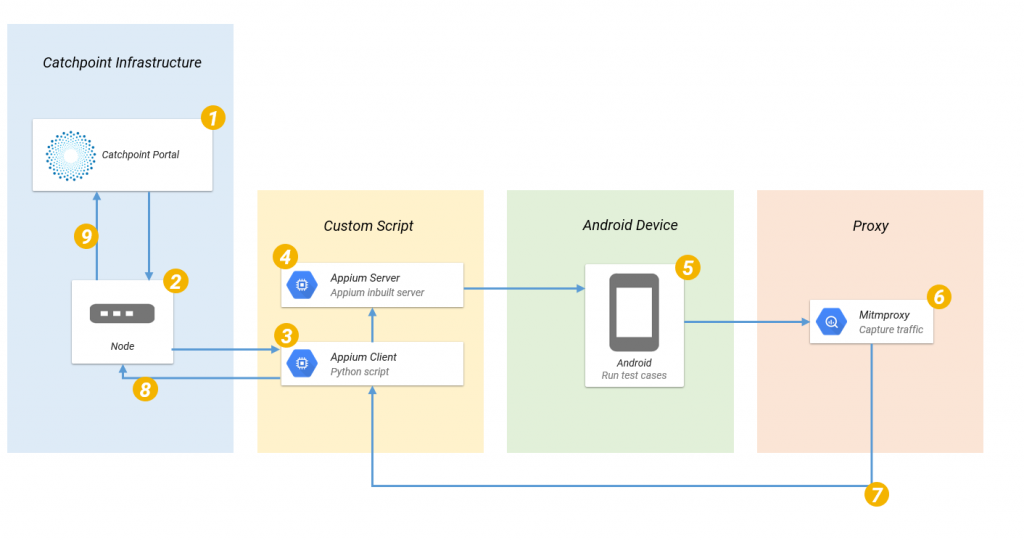 To troubleshoot performance issues, let us look at the data captured through Custom Monitor. The test case we are discussing here involves opening an application and clicking on a button to download 3 images. The below graph plots Response Time, which represents the time taken to run the entire test case. If you look at the graph, there is a slight spike in Response Time.

Graph plotting the response time for an hour.

This can be caused by various factors, like the mobile device hardware or latency in network requests. To investigate this further, we look at the device level metrics. For example, memory info, battery usage and CPU usage. Below graph plots memory and battery usage for the same time frame as above. 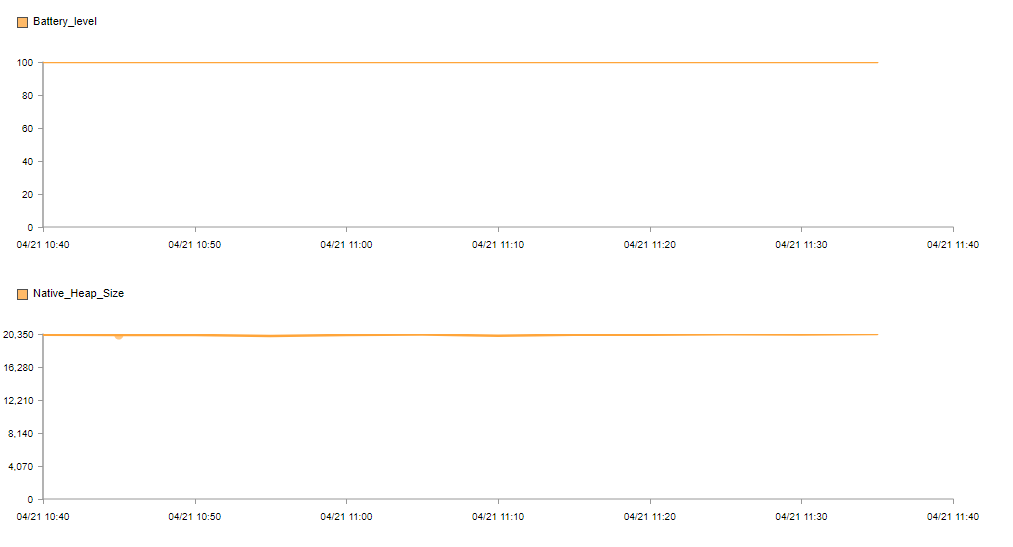 Graph plots battery status and memory usage by the app.

There does not seem to be any change in device-level metrics, as they remain consistent in the timeframe we are analysing. The next logical step here is to check the performance of each network request. The graph below plots the performance of images requests. This data is pulled from the Firebase SDK. 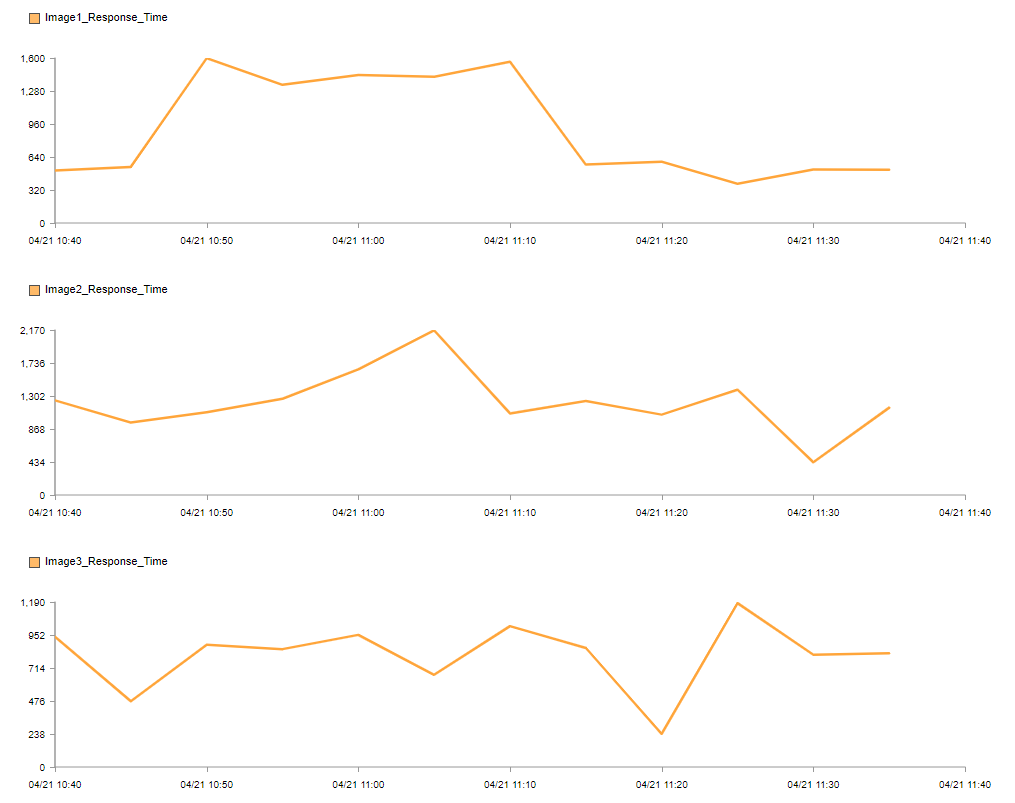 We can see that there was a spike in response time in Image 1, this has contributed to the increase in the overall Response Time.

The custom monitor we used here mad it is easy to locate performance degradation which in turn helped rectify the situation at the earliest.

This custom monitor is a great way to examine how an application user journey behaves over time. With the help of Appium and other open-source libraries, we can get in-depth metrics about the UI, device, and network requests. Catchpoint alerts can be set up to notify a team whenever the alert criteria are met. For example, when the tests run fails or when performance metric values increase/decrease abnormally. The test case we explained in this blog is specific to Android devices but Appium provides support for IOS and desktop applications as well.

How To Run a Technical Interview - Hiring At Catchpoint