Just as I sat down to begin writing this, I heard a slamming door. Soon after, my two-year-old (nearly three… threenager, anyone?!), Otis, came happily running into my workspace.

As I write, he’s standing behind my desk singing and looking out the window at London beyond while handing me my notes. Lovely as it is to have him with me, most days he spends some of the day at daycare, with his daddy on outings, or at his grandparents’ house. We’re very lucky to have that support and to be able to provide it to each other. We’ve been doubly lucky to have it during the pandemic.

However, there have been times over the last 18 months when I’ve been single parenting while my husband has been away for long periods for work overseas (extended due to quarantine restrictions). There have also been times we couldn’t see my parents for fears over spreading the virus, and times that we didn’t have access to daycare due to coronavirus.

It’s frequently been a challenging time for us, as for so many. We’ve also had a lot of wonderful, playful moments amidst the sometime chaos - as you can see in this pic of us both on our “computers”... you’ll notice Otis’ ’tuter is rather larger than his mummy’s! 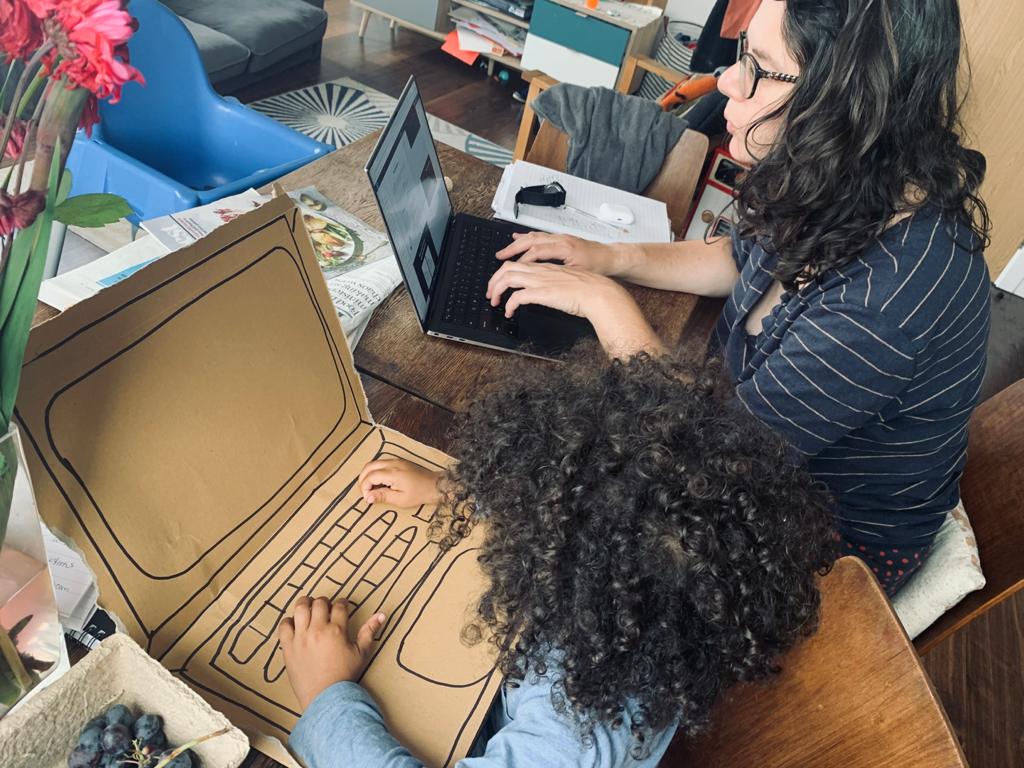 When Eva, our Chief People Officer, suggested a blog post that involved interviewing fellow Catchpointers about how they’ve juggled work and parenthood around the pandemic over the last year and a half, I didn’t need much persuading. Here are our collective insights from this tumultuous time that has proven to be full of both challenge and delight.

For Customer Marketing Manager, Alexa, who has a three and a four-year-old, one of the hardest parts of the pandemic was a sense of anxiety around her kids getting sick, as well as the level of unknown around its effects on young children. In addition to managing the challenges of juggling parenthood and work without childcare for long stretches, “anxiety around the unknown of, what is this virus? Are the kids going to get sick? For me, it was so overwhelming sometimes,” Alexa confided.

At such times, she found herself “trying to take a deep breath to focus. Worrying about only what you can control and trying to let the rest not matter so much was a huge lesson in learning to let go and reprioritize.” 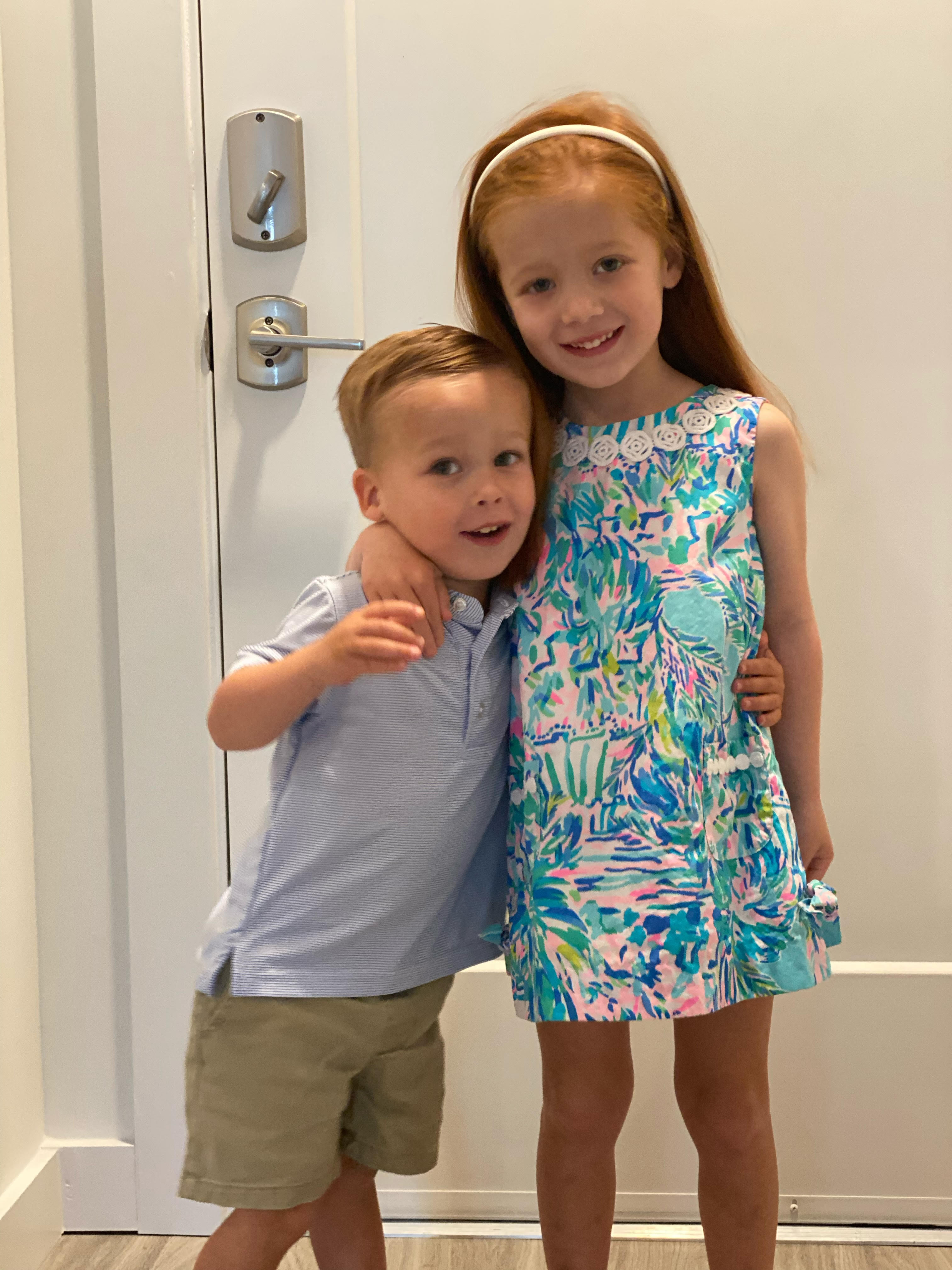 Holly, Senior Director of Content and Brand, has four children: aged 9, 11, 13, and 19. “The middle two did all right with remote learning,” shared Holly, “but our youngest would sometimes go into the bathroom and disappear for stretches at a time.” The teacher was writing to ask where he was - he’d actually been watching a video on YouTube instead of studying.

“He’s very bright so that was a part of it,” shared Holly. “He knew a lot of the stuff they were learning already. He likes the social aspect of being at school best… so there have been a lot of challenges around that.” 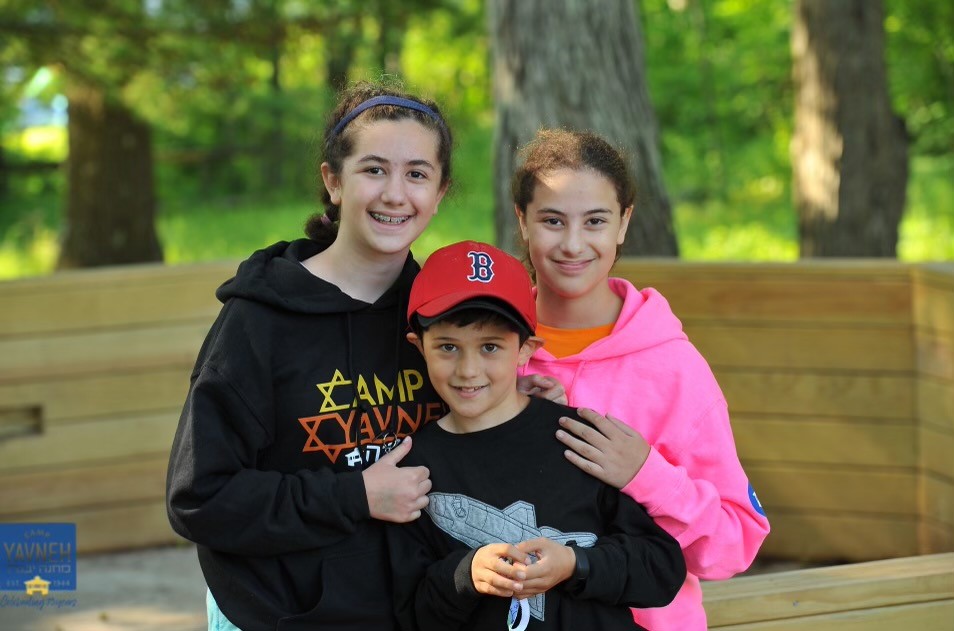 Holly's kids: Noah, Zivah, Maggie, Bryce (not in the photo)

Technical Lead Engineer Gavin agreed, saying “by far the biggest challenge of the pandemic has been remote learning.” His daughters, aged three and five, were “pretty much home for the entire year.”

The US engineers at Catchpoint have a lot of morning meetings with our Bangalore team... This was also when remote learning for Gavin’s daughters was happening.

“There have been a lot of times when I’m in meetings all morning trying to juggle making sure my daughter actually pays attention or helping her turn to the right page. Trying to listen to the teacher while listening to my daughter over talking her teacher and listening to my meeting all at the same time was not easy. That could get pretty stressful.” 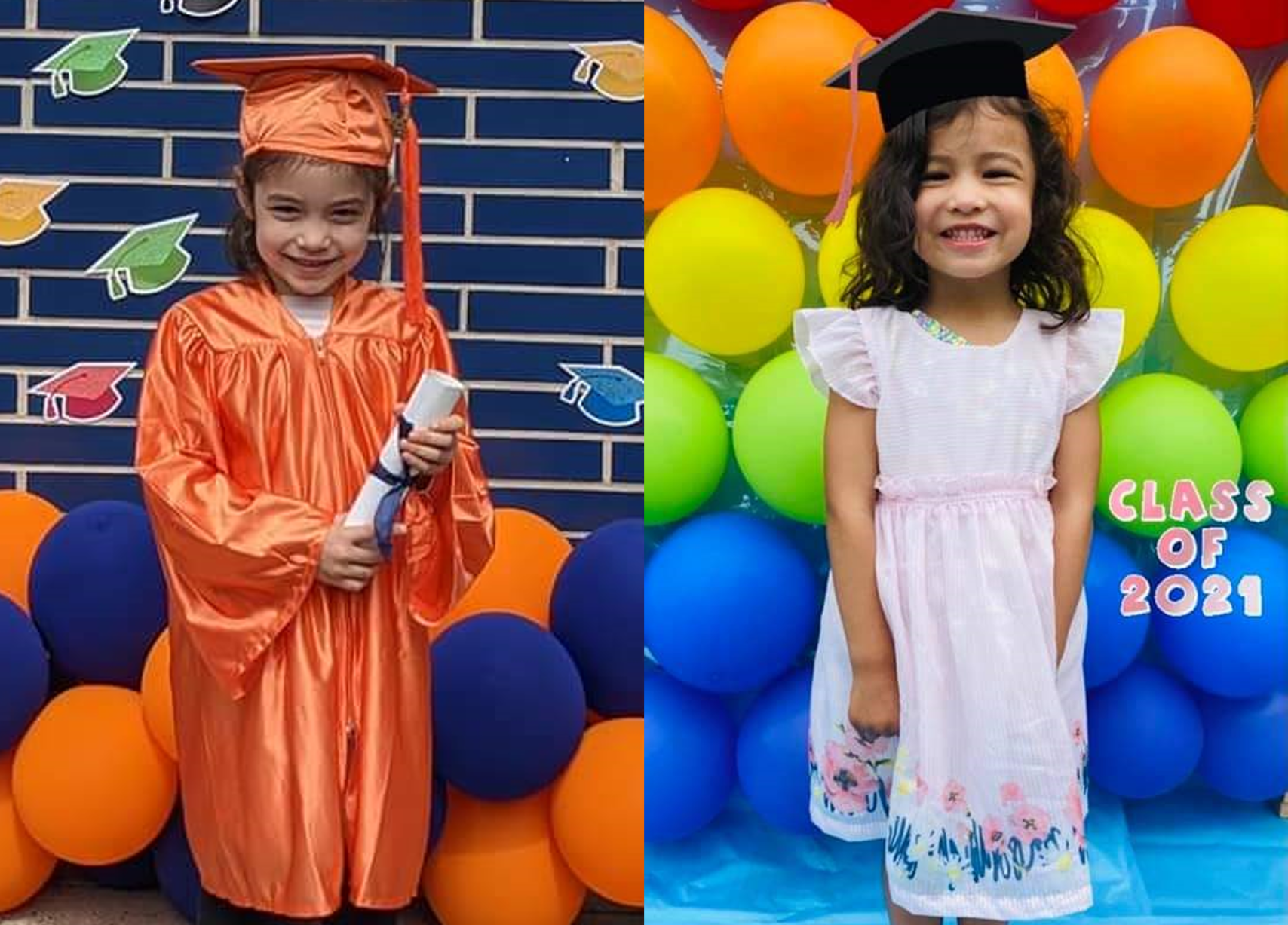 Look For Ways Off “the Stress Boat”

For Alexa, having people at work and home who “aren’t in the stress boat” has made a huge difference to how she has felt and her ability to “widen her perspective” across the last year and a half. The group was generous enough to share some candid ways in which they’ve helped reduce stress. These included:

Moving Houses Or Making Changes To Your Home

For Software Engineer Andrew, one of the ways off “the stress boat” was to move.

“My son, Ben, is almost two. 90% of his life has been during the pandemic,” he shared. “At the beginning of it all, we were in Jersey City in a 600 square foot apartment. We gave up our bedroom so our son could have a place to sleep and so we didn’t have to go to bed at 5PM. We’re in Pittsburgh now and here, we have help from my family. Space-wise, we have three to four times more space and he’s happily in daycare. Everything’s finally calming down.”

Holly said she and her family, as opposed to moving, had changed the way their house was laid out due to the different needs being placed on it with everyone at home more.

“Nobody had any time to really think about, how does our house function? Things like we didn’t have desks for the kids before, but obviously we needed to get them since they each needed their own spaces to study. Or we realized that the playroom was the smallest room in the house and all the kids were playing in there while we barely used our living room, so we switched them around. They’re not expensive changes, but they made a lot of sense for us as a family.”

Most of us shared stories about work sprawl during the pandemic, with everyone home and the sense of guilt this can engender when you can’t get anything done to your satisfaction. We talked about the increasing build-up of exhaustion and anxiety this can cause, heightened by the fact it’s been harder to go out to escape through a change of scene.

For myself, one of the keys to staying sane is setting boundaries around life and work. As much as possible, I like to shut off my computer and phone from 5-8PM local time so I can be with Otis and my husband undisturbed across dinnertime and give Otis a fun, gentle bedtime routine.

I’m lucky that Holly is my manager and she has encouraged me to block off chunks of time for family life like this. I often come back to work after Otis’ bedtime to catch up with coworkers in the US. I also often find my mornings to be highly productive, as I rarely have meetings and can put my head down to write or work on more complex projects.

Another area that saw change for many of us was a shift in roles within the home.

For Alexa, “it was that role shift where in our house, at least, my husband had to start doing a lot more scheduling around the kids and multitasking alongside me. And that was just a whole different world. He really stepped up and I'm grateful for it.”

Eva agreed. “My husband has a greater appreciation now because he was always on the road… Three weeks out of every month. However”, she laughs, “I never saw him walk as fast as he did today to get to the train for his first day back.”

Andrew said that working from home over the past year really changed things roles-wise in his home. “My wife works with mostly the West Coast, so her schedule starts a lot later than mine. We staggered our schedules pretty hard.”

He shared that while “the lockdown has been very difficult, it also meant I really got to see my son grow up - from this super small infant that hated tummy time to him being OK with it for a minute to crawling to walking and running. And all of that I was there for.”

Gavin agreed. “With my older daughter who’s in kindergarten, I got to see exactly what she learned and what she likes academically. So, with when we’d read her stories at night, I could say, ‘You know how to read this. Why don’t you read this page to me?’ If she was in school, I doubt I would have known that. She certainly wouldn’t have let me know she could read it!”

Lean Into A Supportive Workplace

All of us are grateful for the flexibility that Catchpoint has provided to us over the last eighteen month, and its ongoing family-friendly attitude.

Eva shared that she has stayed at Catchpoint for thirteen years partly because it was “hard to find employers who’d allow me the flexibility I needed to be able to work full-time.” For her that meant, “I didn’t have to miss taking part in my children’s lives as they grew up or stop my career.” 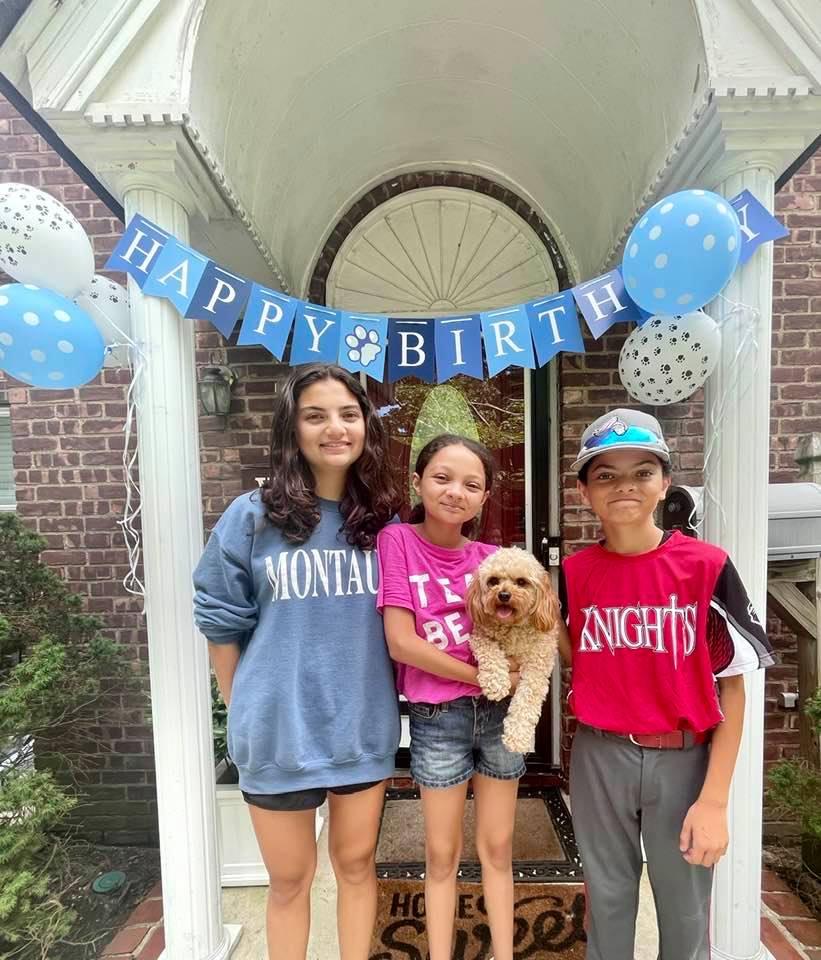 For Eva, it’s important to her to pay that forward and stay attuned to the needs of Catchpointers who are parents and need that flexibility. As we look toward a hybrid work environment while still prizing being remote-first, Eva wants to make sure parents continue to take the time they need to do the things they want with both their children and work.

For Andrew, he moved his regular start time forward to 7AM in order to be able to better stagger things with his wife. “My manager was amazing about that,” he said. “He’s been so flexible about working with me around my son’s schedule and being easy going around the things I really don’t have much control over, which you just can’t expect when you have a baby. You just try your best and they’ve been very patient. And that’s all you can ask for.”

How To Run a Technical Interview - Hiring At Catchpoint

Catchpoint Profile: Looking Back and Looking Forward with Eva Bose-Chatterton