Yesterday was the second annual Amazon Prime Day; a day that is heralded for the incredible deals offered on pretty much anything you’d ever want to buy (including a $40,000 set of speakers—marked down to a mere $26,730 during the event).

While the retail giant spent the day under the microscope as customers scoured the best deals and offers, we kept a close watch on the site for another reason: performance.

It’s safe to assume the Amazon team anticipated drastic traffic surges and spent time preparing for it, but even the most prepared can suffer an outage.

For the most part, Prime Day went as smoothly as one could hope. Desktop and mobile load times were strong during the hours between midnight and 6 a.m. Eastern on Tuesday; the average homepage load was 2.87 seconds on desktop, while mobile was down to 1.15 seconds. Meanwhile, the Prime Day landing page average load time was 2.12 seconds on desktop during this time frame. 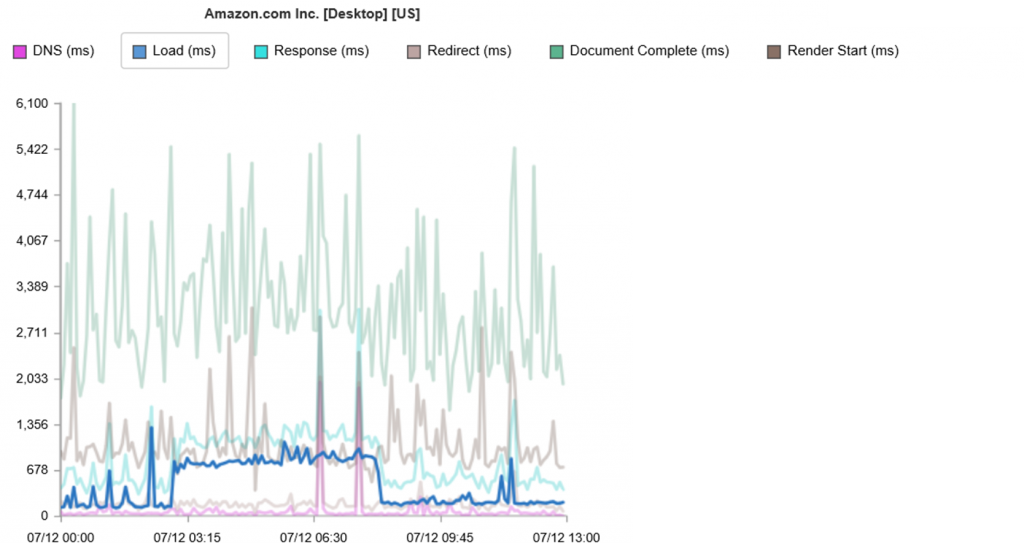 As the day wore on, Amazon’s steady performance began to waver. Between the hours of 9:45 a.m. and 11:15 a.m. Eastern, load times doubled. Some customers took to Twitter to report checkout issues around 1:00 p.m. Eastern.

Once the issues were resolved, desktop load times dropped back down to under three seconds.

(Walmart ran its own online sales event to compete with Amazon. On average, the retailer’s homepage loaded in 3.66 seconds on desktop, and 3.16 seconds on mobile. Neither was significantly slower than the site’s performance in the week before the event, so Walmart, too, was able to manage any traffic increase it faced.)

Meanwhile Amazon managed to end its big day without any major problems or outages. Despite the transactional hiccup early on, the site’s availability remained at 100% for the entire event, and customers were able to search for the deals they desired. At least from a performance perspective, Prime Day was a win for Amazon.