Walmart and Lowe’s online shoppers encountered slow performance and timeouts today that prevented many from finding products or completing purchases. In addition to frustrating customers, these issues are likely to significantly impact the companies’ web sales.

The Lowe’s problem affected the site’s product search for a number of categories, including lamps and grills. The issue began late on Thursday, 28 April and continued to hamper searches on Friday afternoon, 29 April. Shoppers looking for these items eventually saw 303 redirect error messages (see below). 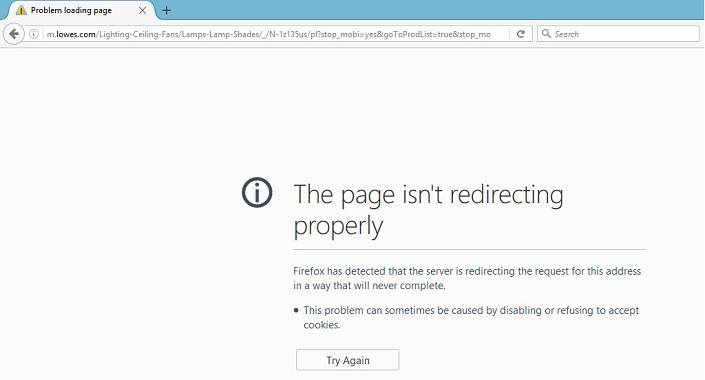 After investigating the cause, Catchpoint found that the Lowes.com search results page was taking longer than a minute to load for mobile site users (see below). Desktop users also encountered the same problem. 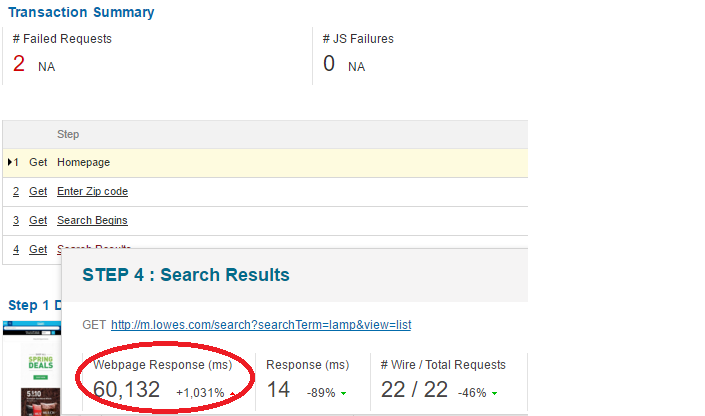 Meanwhile Walmart’s performance issue lasted only two hours, and occurred in the early morning of Friday, 29 April. Catchpoint explored the issue and identified the culprit: very large images on the site’s product detail page, which bloated the total page weight to roughly 29 mb. Looking even more closely, the root cause appeared to be human error: someone selected .tiff files, which are vastly bigger than the site’s standard .jpg images. At its peak the page’s total downloaded bytes reached 59 mb, stalling shoppers and potentially reducing revenues for the day.

Issues like these, especially when they affect only a subset of users, can be difficult to detect – but they can cause immediate and lasting damage to customer loyalty and brand reputation. Synthetic testing located the sources of both issues, which means that active monitoring could have found and possibly preempted them before they frustrated real shoppers. These examples also demonstrate that sophisticated, global brands are far from immune to web performance lapses and process breakdowns that impact the end-user experience.