As the most populous nation on Earth, China represents tremendous business opportunities for companies with the ability to tap into its market. Of the country’s 1.4 billion people, 53.1% have access to the Internet and Cisco’s VNI report, forecasts this will grow to 66% by the year 2020, and there’s still room for growth as the country expands its web and mobile infrastructure. Mobile growth is outpacing overall web users, with 95.1% of users accessing the Internet from mobile devices. 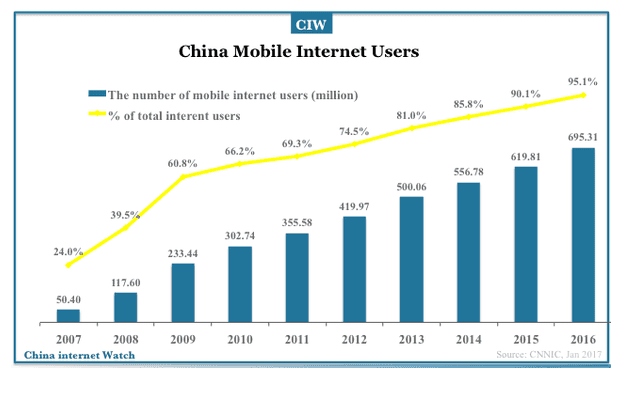 Where are these users spending their time? The chart below demonstrates the top three categories for Internet usage are instant messaging, news sites, and search engines. 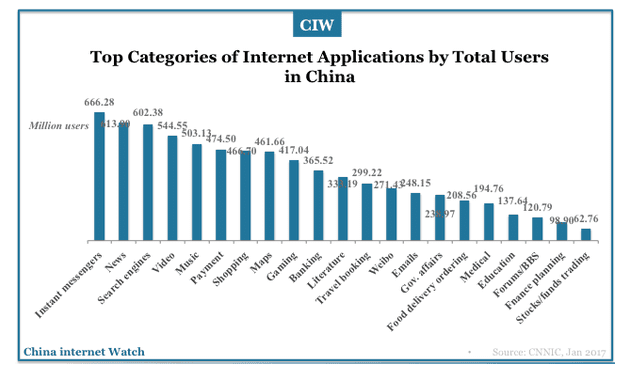 Though shopping is ranked 7th on this list, China represents the largest ecommerce market with overall sales predicted to reach $1.1 trillion in 2020. The largest shopping day of the year isn’t Black Friday or Cyber Monday, as some may guess, but Single’s Day. Celebrated on November 11, Single’s Day is dedicated to people buying gifts for themselves. In 2016, shoppers spent $17.8 billion on this day, dwarfing the $3.45 billion spent on Cyber Monday that same year.

One factor driving the growth in ecommerce is the desire for luxury brands. Online luxury sales are growing rapidly, and mobile is leading the way with nearly twice as many searches done for luxury brands from a mobile device than a desktop.

But doing business in China, whether B2B or B2C, requires a different strategy than doing business elsewhere due to censorship. The Great Firewall of China limits the sites that are accessible from within China. Officially known as the “Golden Shield Project,” the Great Firewall is a series of techniques and technology designed to filter out and censor content the Chinese government deems objectionable. GreatFire.org tracks domains, pages, and URLs blocked in China and regularly updates the statistics. 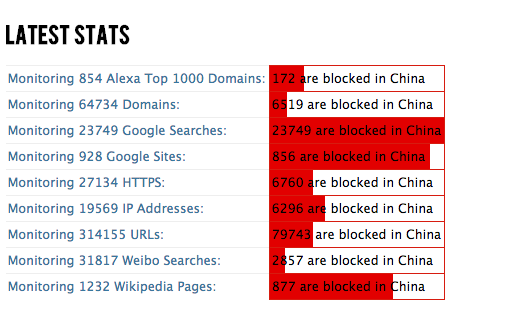 Social media has become an integral part of most companies’ online strategies. The sites used in China are not the same as those used elsewhere due to content blocking. If you want to reach Chinese customers on social media, don’t turn to Facebook, Twitter, or YouTube. According to a 2016 survey by Forrester the three most popular social media platforms for marketers are WeChat, Sina Weibo, and LinkedIn (the only western social platform not blocked).

To learn more about establishing your web presence in China, download our ebook China: Setting Up a Web Presence in The World’s Most Populous Nation.