When Amazon falls, the world feels its tremor.

The retail giant experienced an outage yesterday afternoon, which lasted for approximately 20 minutes. While 20 minutes may not seem like a long amount of time, to a company that makes $1,084 per second, it can feel like a lifetime.

At about 2:10 PM ET, Amazon’s availability began to drop, before becoming completely unavailable about 10 minutes later. It remained unavailable for another five minutes, slowly climbing back to 100% over the next 10 minutes. 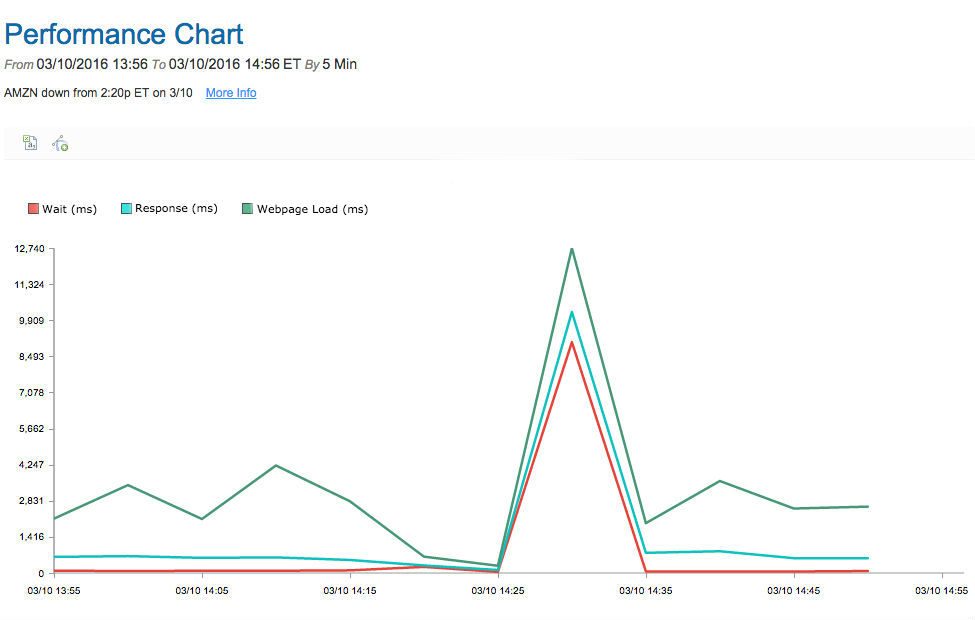 What caused the outage is still unclear, but it’s safe to assume the company felt the blow. In 2013, Amazon experienced a similar outage during which customers were unable to access their site for approximately 30 minutes. Based on their quarterly revenue of $4.13 billion at that time, it was estimated that outage cost the company $66,240 per minute, almost $2 million total.

Amazon was not the only eCommerce corporation to suffer some performance issues Thursday. Macys.com also experienced a series of intermittent outages in the early morning hours of March 10. 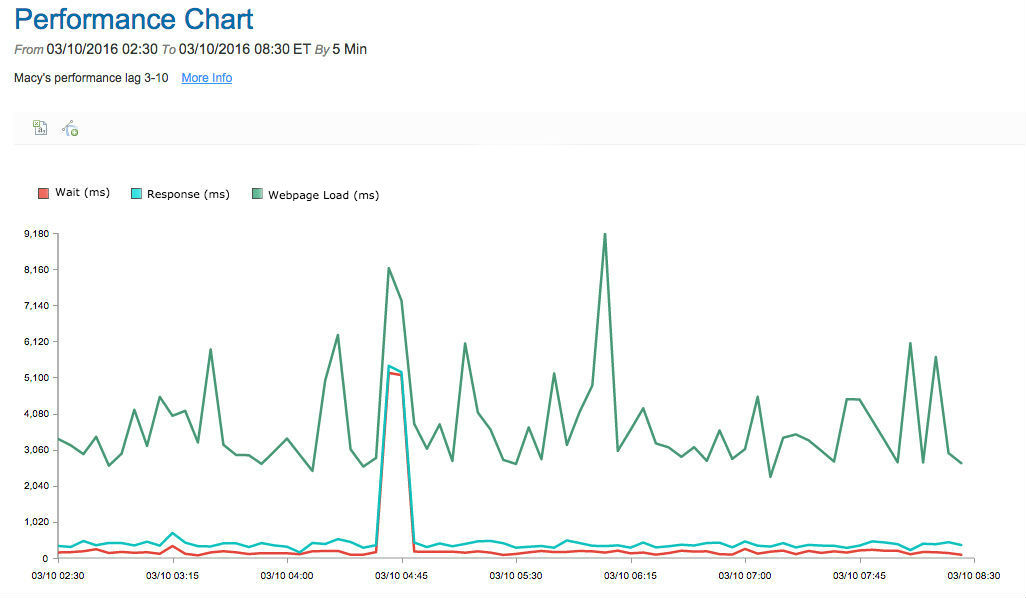 The failures began around 3:30 AM ET when Webpage Response time spiked, and the issue was exacerbated at approximately 4:45 AM ET when the server response time also jumped.

It’s possible that this was a result of server maintenance considering the time of day the failures occurred, which may have saved Macy’s from having to deal with any costly consequences.

The truth is, performance issues are inevitable. Preparation plays a major role in preventing problems, but in this IT era of increased complexity, sometimes failures just happen. The key to minimizing the damages to both your profits and brand reputation is ensuring that the performance analytics solution you deploy enables you to catch and resolve the issues before your customers are impacted.