As all of us at WebPageTest and Catchpoint celebrate one year of partnership, Jeena James, WebPageTest, sat down for a Q&A with Dritan Suljoti, chief product and technology officer and co-founder, Catchpoint, to look at the key milestones from the last year, and talk about what's next! Hope you enjoy!

Look out for our other anniversary discussions this week with Mehdi Daoudi, CEO and co-founder, Catchpoint, and Tim Kadlec, Director of Engineering, WebPageTest.

‍Jeena: Can you tell us more about what the journey has looked like for you so far, and how the roadmap is shaping up for WebPageTest as it pertains to Catchpoint?

Drit: It has been quite an amazing journey that really started way before WebPageTest merged and joined the family. I think getting to have that happen was probably one of the proudest moments for us.

And since then, we've done a lot of releases and we're focusing on what to do in the next year. There are some very interesting features that we're working on. The largest one involves how to continuously run WebPageTest and use the data for analyzing, baselining, benchmarking, but most importantly, getting fast web user experiences out there.

Additionally, the teams have been working on several features to make it even better for developers to understand the benefits of some optimizing techniques for their pages. This will help them make the right investment in development time for those items that will improve performance.

And then lastly, we have a lot of users that use WebPageTest still on a project basis versus continuously. So we are looking at that area too, to make sure that when it comes to dealing with one-time projects, we still deliver the features that our customers need for those particular projects.

Jeena: Tell us more about WebPageTest being open source, the commitment towards keeping it open source, and continuing to foster collaboration with the community. Also, how do you prioritize what product to release first? And what's coming up next?

Drit: First of all, I wanted to say that having been in product development for years now, for decades actually, I'll tell you, it doesn't matter if it's open source or not open source, deciding what to spend time on and do first is probably the trickiest and yet the most important thing to do. Obviously, one of WebPageTest's benefits is that it is a known open source project - something that we have been wanting to do for years in Catchpoint. Through our acquisition with WebPageTest, we finally have an open source project that we are committed to delivering on.

I think at the end of the day, open source, commercial, or free, it doesn't really matter. You have to deliver a product that matters to the market, to the users. You have to determine what it is that matters to them, is valuable to them, but also what you can build, in a timely fashion, that you can iterate on. The reality is that you can't know what the market always wants, and you can't try to build the perfect product because it'll take your whole life and it will never be perfect.

Therefore, the best thing that you can do is try to prioritize and piecemeal and aim to bring to market the first things that you can deliver and build on that success or failure with the next iteration. That's what we’ve been doing for the last year and that's what's we will be doing in the future. That's what we at Catchpoint have also been doing for the last thirteen years.

Jeena: Onto my final question. Tell us one thing that you are super proud of in the first year of WebPageTest and Catchpoint.

Drit: Besides obviously having WebPageTest as part of Catchpoint family, which I would say probably was the proudest moment for both me, Mehdi and the entire Catchpoint family... I'd say the next biggest one was the launch of the first commercial product.

When it comes to mergers and acquisitions, getting to deliver something to the market is often the real challenge - even though we obviously have goals and plans. It’s really when the saying goes, "The tires hit the road and you see what you deliver." And I think that was the proudest because we were able to deliver what we said in the beginning.

But along the way, there were also a lot of others. I think obviously getting WebPageTest out of Pat's basement and getting the product to scale was a very proud moment for most of my IT team... And for Pat and Mehdi, and because it was that official, it's no longer running out of somebody's basement, it's actually something that scales. And obviously there have been other items as well.

Also, some of the people that we've been able to hire and join forces with to deliver the WebPageTest promise, like Tim Kadlec, Scott Jehl, and others has been very impressive and also very rewarding for not just the company, but I think our customers, because they will clearly derive the benefits of having these folks join us to help fulfil our mission.

Drit: The only parting words I would say is that the world keeps changing and we are on a long journey in terms of delivering great user experiences. It's not going to be easy, but we'll be right there along with the developers and our users, and we'll do our best. And I think having the right feedback and being patient and iterating is what will get us to that next level, all of us. So obviously I would love for the community to continue doing what they've been doing and provide more feedback as needed so that we can have their help to get better.

Jeena: Well said. I couldn't agree more. Thank you so much for your time. Drit, have a good day.

Find out more about the first year of WPT and Catchpoint's partnership! 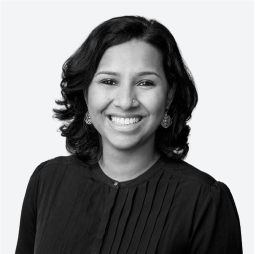 WebPageTest and Catchpoint: Our Year Building and Growing with the Community

Catchpoint In the News – January 2022: The One Where WebPageTest Gets a Glowup

A Year of WebPageTest and Catchpoint: A Q&A with Mehdi Daoudi and Jeena James