“Experience is simply the name we give our mistakes.” –Oscar Wilde

There’s something to be said for recognizing a mistake and fixing it, which is exactly what Citibank has done with their website and varying IP addresses.

As we pointed out last week, many Citi customers experienced massive performance issues when they tried to visit the site by typing ‘citibank.com’ (no www.) into their browsers.* What was curious was that including the ‘www.’ prefix yielded positive results. Some further investigation revealed that the culprit was a poorly performing server in Houston which received half of the non-www. requests. Anyone attempting to access the Citi homepage that way had about a 50-50 chance of being able to reach the site at all, and if they could, they were likely forced to wait upwards of 10 seconds before it loaded.

But everyone can rest easy now, because the problem was solved over the weekend. 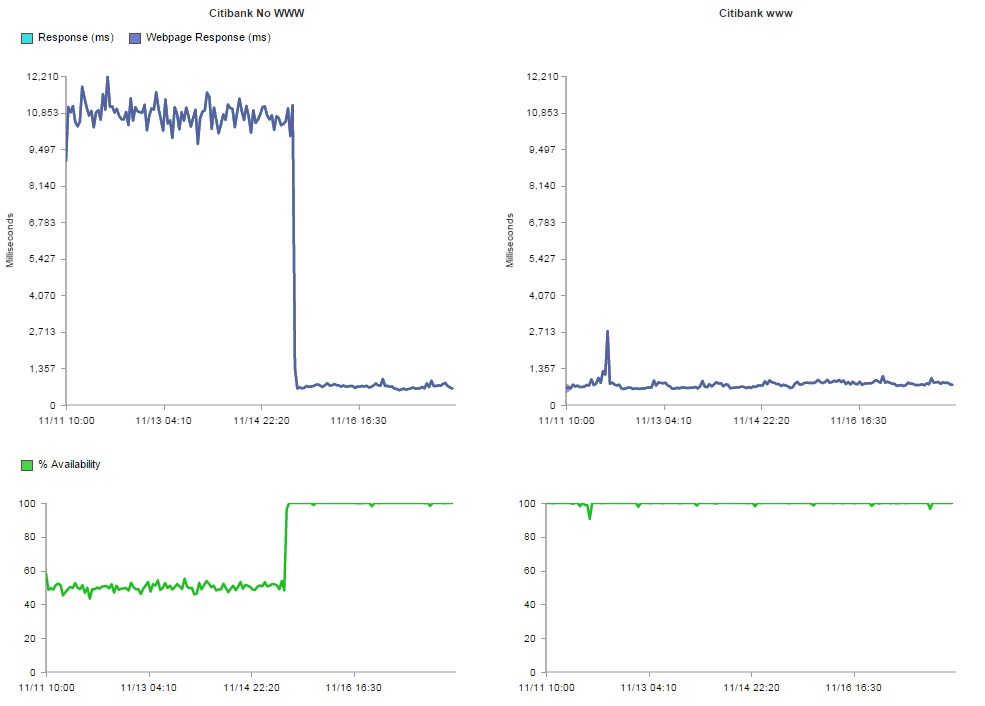 The massive drop in the upper left graph shows that ‘citibank.com’ saw its webpage response return to the strong level that ‘www.citibank.com’ showed all along, and as the graph on the bottom left shows, the availability jumped from ~50 percent to nearly 100.

A recreation of our previous tests shows that the same IP addresses are being pinged, but it appears that the Houston-based one (on the left) is back up and running, thus explaining the 50 percent jump in availability. 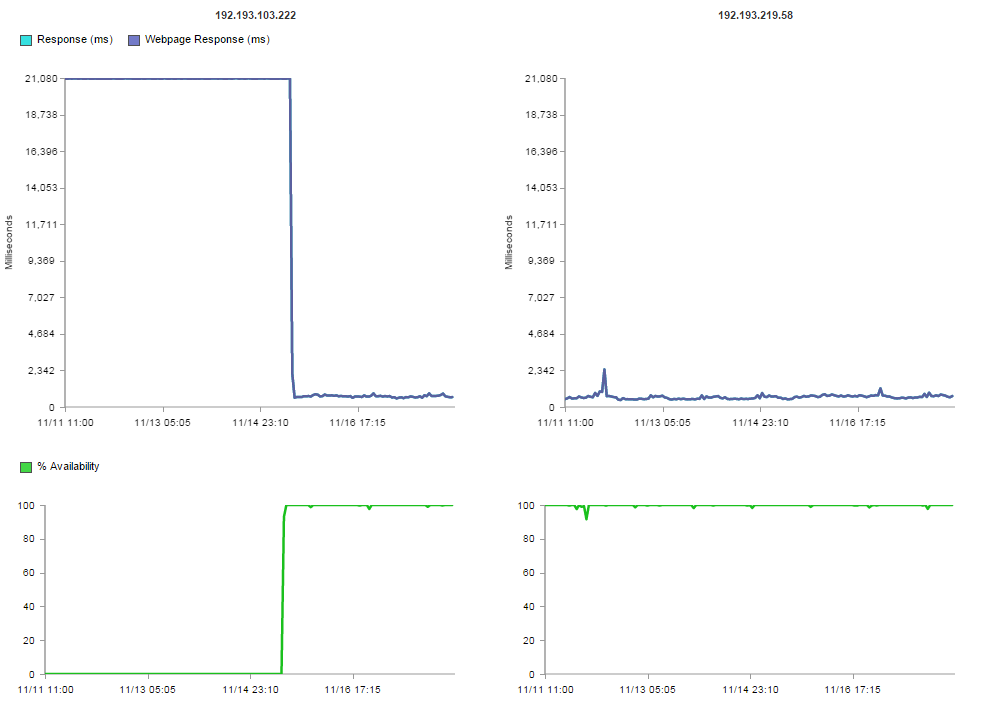 In addition to the credit that should be given to Citi for recognizing the problem and taking the necessary steps to solve it, this scenario is a perfect example of why synthetic monitoring is so valuable. The ability to test your site from outside of your own internal servers provides invaluable insight into how it’s really performing for your end users.

However, the tool itself is not enough to gain to that insight – you must also know what to look for. In a situation like this, the fact that the ‘www.’ URL directs to one set of IP addresses and the non-‘www.’ URL goes to another is a little wrinkle that, if it wasn’t already known that there was a problem impacting users, might have resulted in the problem going unnoticed for a long time (which could very well be exactly what happened).

Regardless, all’s well that end’s well, and for those banking with Citi, the site is once again performing up to expectations. And with the experience that it’s provided, this mistake can now be avoided in the future.

* – please note that Citi is not a Catchpoint client

Five Reasons to Use Catchpoint for Measuring Core Web Vitals